Sales of newly built single-family homes rose 18.9 percent last month, according to data from the U.S. Department of Housing and Urban Development and the U.S. Census Bureau. This represented the highest sales rate since October 2007, with a seasonally adjusted annual rate of 667,000 units, after an upwardly revised August reading. Compared to last year, new-home sales are 8.6 percent above their level during the same period in 2016.

“New-home sales have bounced back from a few soft months and have returned to the strong growth trend we saw earlier this year,” says National Association of Home Builders Chief Economist Robert Dietz. “As existing home inventory remains tight, we can expect new homes sales to continue to make gains in the months ahead.”

These gains in sales continue alongside tight inventory, providing downward pressure on affordability. In a recent REALTOR® Magazine column, National Association of REALTORS® Chief Economist Lawrence Yun urged the industry to recognize the impact that the “massive housing shortage” has on the overall the economy: “We need more construction. An economic boom, not unlike the one we had almost 70 years ago, could result.”

Looking deeper into the sales data, realtor.com Chief Economist Danielle Hale noted a contrast between pricing and the amount buyers ultimately pay for new homes. “The growth in prices for new homes also shows signs of slowing, though that hasn’t yet appeared in home listing prices, which are up 10 percent from a year ago,” she says. “The discrepancy between list price increases and sales price increases suggests that some buyers may have reached a limit on the price increases they can afford, but sellers have not yet caught on.”

Middle Tennessee is booking with new home construction communities.  Below are a few examples:

Catalina is an upscale, yet affordable neighborhood located in Nolensville.  Located just off of Nolensville Road, Catalina offers 4-6 bedroom estate homes ranging from $599,000 to $675,000.00  Neighborhood amenities include community pool with clubhouse, sidewalks and an abundance of trees.  Conveniently located close to Franklin and Brentwood along with many local shops and restaurants. 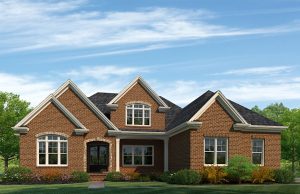 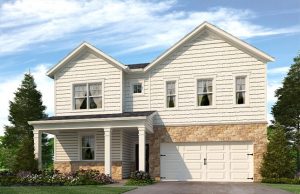